Skip to content
Xavier Geitz
Like many gamers in America, Xavier's introduction to the Fire Emblem series came by Marth and Roy's inclusion in Super Smash Bros. Melee. As a Marth main, he felt compelled to try out the source material. He did so by playing Fire Emblem: Blazing Blade. Fire Emblem quickly became his favorite tactical role-playing game franchise of all time. When he isn't writing about or playing Fire Emblem, you can find him playing The Lord of the Rings: The Third Age (The GBA version) and Onimusha Tactics.
Latest posts by Xavier Geitz (see all)

Loki said this to Captain America in the first Avengers movie, but it can also apply to Soldiers in Fire Emblem (That quote has a double meaning, I know, but bear with me). Because as soon as Soldiers deploy onto any given map, they’re out of time, too. To live, that is. 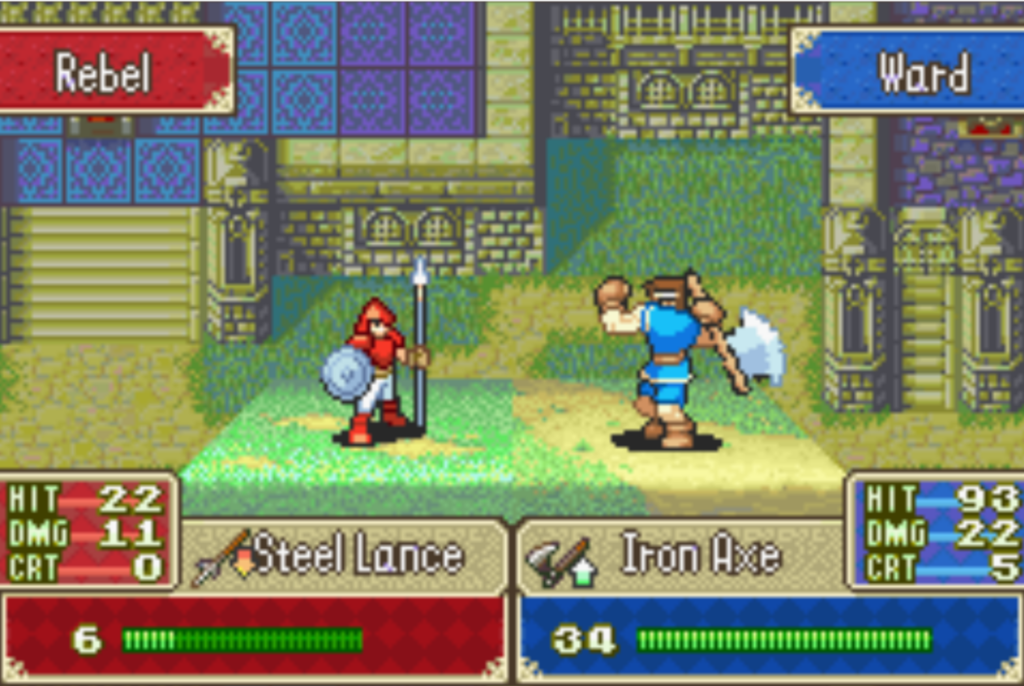 Soldiers are the cannon fodder in the entire series. They’re so slow that even Knights can double them, have pitiful Defense, and laughably low Strength. Zack Fair would be ashamed at how much Soldiers in Fire Emblem tarnish their class.

Soldiers are the most non-threatening units around. The only possible way for any of your characters to get killed by Soldiers is careless unit placement and Soldiers surrounding them. Players rarely get any playable Soldiers, and I suppose that’s a good thing then.

Or is it? After all, player-controlled units don’t function the same as enemies, even if they’re of the same class. Is it possible that playable Soldiers aren’t as bad as their adversarial counterparts? How about we find out?

History Of The Soldier

The Soldier first appears as a playable class in the second title of the series, Fire Emblem Gaiden. You immediately gain access to a Soldier with the character Lukas, who is a starting member of Alm’s party in Chapter 1. In its’ first iteration, the Soldier could promote into the Knight, which could promote into the Baron class. Soldiers made their first appearance as an enemy-exclusive class in Mystery of the Emblem. Their first appearance was their best appearance, as it’s the only game in the series where their stat line isn’t pitiful.

Soldiers are easily the most sporadically playable class in the series, as after Gaiden, it was absent as a playable class until Fire Emblem: Path of Radiance. The Trainee unit Amelia from The Sacred Stones is technically a Soldier in her Trainee functionality and backstory, but not officially of the Soldier class.

In Path of Radiance, the Soldier also received a new promotion, the Halberdier class (Which looks like Mithril armor with gold trim. I wonder if Intelligent Systems played Runescape). Soldiers returned in Fire Emblem: Radiant Dawn and received a tier 3 promotion. After promoting into Halberdiers, they could then promote into Sentinels. The class would then take another leave of absence before reappearing in the latest entries of the main series, Shadows of Valentia and Three Houses. In Three Houses, any Level 5 unit can become a Soldier by using a Beginner Seal, having at least a D rank in Lances, and passing the Soldier Certification Exam.

A playable spiritual successor of the Soldier class appears in Fire Emblem Fates as the Hoshidan Spear Fighter class. The main difference is that Spear Fighters can immediately promote into Sentinels. The Halberdier class is not present in Fates.

What Makes A Soldier? 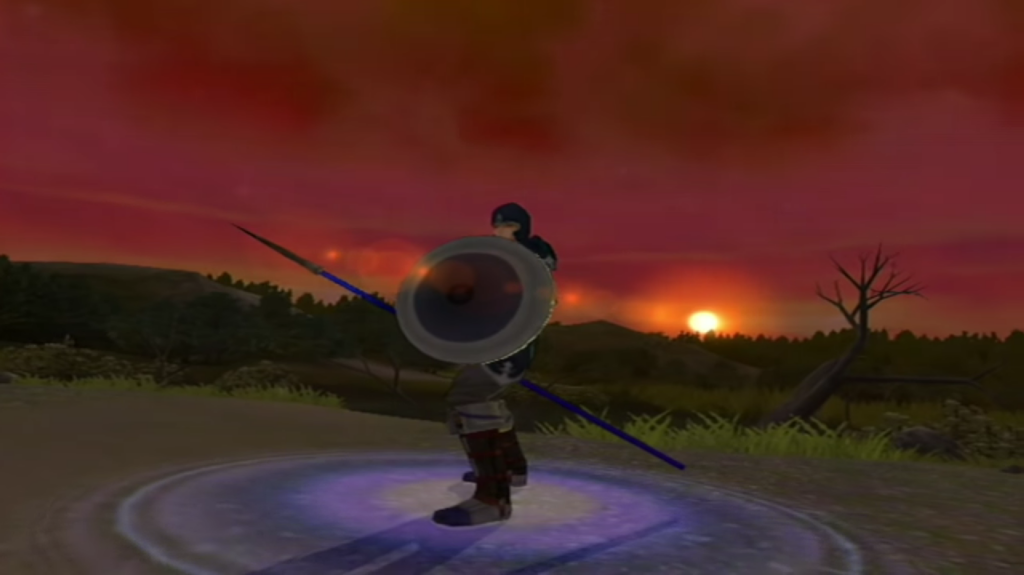 The Soldier is effectively a lesser Knight. In Gaiden and Shadows of Valentia, Soldiers have Movement equal to Knights, but in Path of Radiance and Radiant Dawn, their Movement is the same as Generals. Soldiers don’t have as much HP or Strength as Knights, but they only slightly trail behind their more armored brethren. Early game Soldiers are some of your hardest-hitting units, with Lukas starting with 10 Strength at level 1. Soldiers are also great tanks in the early game as they have good base Defense. 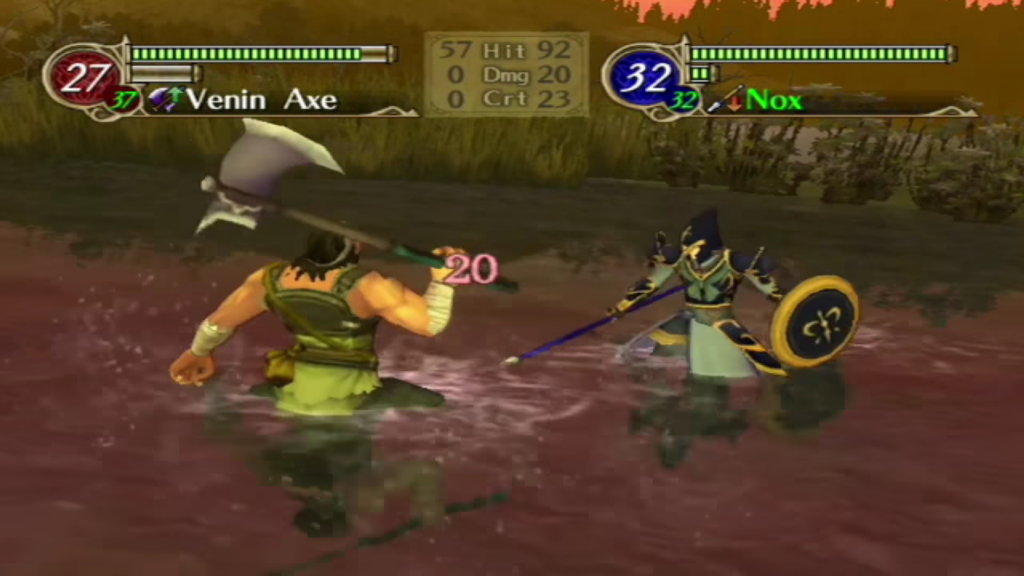 Soldiers always have terrible Movement, with 6 Movement being the best they’ve gotten so far. In Gaiden and Shadows of Valentia, their 4 Movement is abysmal, and they quickly lag behind the rest of their army. It definitely becomes a problem in justifying bringing them along, especially since all the games they appear in have large exterior maps.

Soldiers are Lance-locked units, and while being weapon-locked to 1 type diminishes versatility, Lances are strong and pretty accurate. Despite initially seeming to be to Lances what Myrmidons are to Swords and Fighters are to Axes, Intelligent Systems hasn’t committed to the class yet. While you can play as Soldiers in Three Houses, it isn’t a long-term class.

How Many Playable Soldiers Exist In Fire Emblem?

As a seldom playable class, there haven’t been many Soldiers in the series. So far, we’ve had four playable Soldiers.

Is The Soldier Class Good?

Copying notes from the Knight class really isn’t the best thing to do if hoping to make a new viable class. 4 Movement is absolutely pitiful, and giving a Soldier something like Boots is hard to justify as they don’t do enough for your army. Sure, you can rescue Soldiers and drop them on the front lines, but that prevents your mounted or flying unit from using their turn for themselves(Unless you refresh them with a Dancer or Bard).

Low Speed and Resistance are a terrible combination. Poor Luck growth rates don’t do them any favors either. I don’t expect many infantry units to have great Resistance, but at the very least, they need respectable Speed to prevent magical enemies from doubling them. Without it, mages hit them extremely hard, and it really becomes a nuisance. And that’s especially the case on maps with higher concentrations of magic users. Knights have plenty of flaws themselves but do somewhat better than Soldiers on the Resistance front. If you’re looking for a unit to use as a pure wall, a Knight is better than a Soldier. Soldiers can be very effective in the early game due to their high Strength and Defense bases, but they start to drop off after the midgame. To be a top-tier class, you can’t just be effective when the game is its’ easiest.

Who Is The Best Solider In Fire Emblem?

Not that there’s many to choose from, but the best Soldier so far is probably Lukas in his original appearance in Fire Emblem Gaiden. His high base Strength allows him to be one of the strongest units in your army for the early game, and thanks to how the Speed Ring functions in Gaiden, he can alleviate his Speed and Movement issues.

As is common with many units, Lukas isn’t as good in Gaiden’s remake, Shadows of Valentia, as he is in his original appearance.

Question: Which tier 3 Soldier promotion is better, the Sentinel or the Baron?

Answer: I find the Baron to be the superior tier 3 class as the superior Movement is invaluable. They may be somewhat inferior to Barons regarding Defense, but I find the tradeoff worth it.

Question: In which game do playable Soldiers perform the best?

Answer: Probably Three Houses due to all the newer mechanics in the latest Fire Emblem game. Not strictly because of how the class itself is.

Question: Which tier 3 Solider promotion is better, the Baron or the Sentinel?

Answer: The enemy-only Baron class is the best, but as far as the playable Baron class, the Sentinel is better, in my opinion.

Many Fire Emblem fans want Intelligent Systems to solidify the Soldier class, and I 100% agree with them. Ephraim is probably my third-favorite Lord in the series, and what is he? A Lance-locked infantry unit.

There are a lot of things that Intelligent Systems can do with the Soldier class. The original Baron class was just a General with a different name, but in Thracia 776 and Genealogy of the Holy War, Barons could use every weapon type and even magic. Alternatively, the could stick with the Soldier->Halberdier->Sentinel promotion tree and finally give us a go-to Lance-using infantry unit. It makes total sense for Soldiers to promote into Knights, but make it a branching promotion option.

It really never made sense to me how Soldiers could be so similar to Knights. They clearly aren’t as armored as Knights, so why do they have identical Movement and Speed? I would be okay with Soldiers losing out on some Defense and improving their Movement and Speed instead. As infantry units, they already have an uphill battle against mounted and flying units, so they don’t need the Knight’s flaws on top of their own ones.

Spear Fighters/Masters and Lancers in Fates in a step in the right direction. All Intelligent Systems needs to do is take a leap of faith, and I’m sure the Soldier class can finally be in a good place.