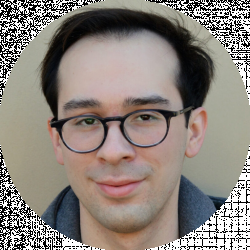 One of the most interesting parts of Fire Emblem Fates is that the series of games gives three very different perspectives on every member of the main cast. Fire Emblem is a game that allows the player to get close to, and even marry, the various NPCs that they ally themselves with. However, just like its successor in Three Houses, Fates gives the player the option to see how those allies would be on the other side of the war. Arguably the character affected most by this is Xander, the Nohrian prince.

Depending on the game, Xander can be considered one of the greatest allies or antagonists in the franchise. While he’s a powerful teammate and a noble prince in Conquest and Revelations, he’s a major antagonist in Birthright that can really give the player trouble. As a side note, Xander fills a similar antagonistic role in the story of Heroes, where he allies himself with Princess Veronica as her trusted general.

In my opinion, Xander works much better as a hero in Conquest than a villain in Birthright. Not to mention, unlike his counterpart Ryoma, Xander’s personality takes such a colossal 180 in Birthright that it feels difficult to like him even as a villain or understand him as a character in that version. This dichotomy is why many fans like myself prefer the parallel structure in Three Houses, where characters like Dimitri function as both heroes and villains while keeping the same core personality and struggles.

Fates did, however, do a fantastic job with the heroic version of Xander in Conquest, who should be counted among the best royals in the franchise. 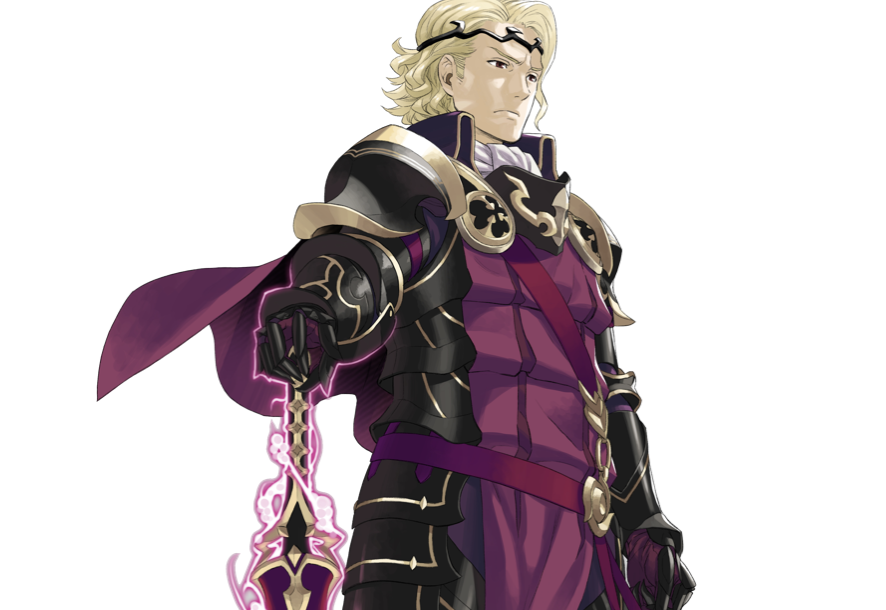 Xander is the crown prince of Nohr as well as being the strongest and oldest of the Nohrian siblings. He’s as loyal as one would expect of the crown prince of the country and considering his father is the evil King Garon, this leads to many less than ideal outcomes early on in the story.

Xander’s biggest fault isn’t that he agrees with or accepts his father’s monstrous nature, it’s that he’s too blind by fealty to see his father as the monster that he is in the first place.

Instead, Xander sees his father’s faults as merely misguided and follows his orders willingly with the hope that his father will someday return to the man that raised Xander. Xander’s overwhelming loyalty is a consistent factor in all three games, but the fervor and extent to which he will follow that loyalty differ drastically from game to game.

In the games where Xander can join as an ally, his supports show a very paternal side to him. He also doesn’t like to take credit for the help he provides to his friends and comrades, a further display of the humility that makes Xander such a fantastic crown prince and mentor.

Xander should join the party as a level 4 Paladin. He will have the following stats:

Xander comes pre-packaged as one of the best units in the game. Players won’t have to do much to make him mow down enemies, and he only gets stronger as the game goes on with relatively decent growth rates (for such an already powerful unit:)

Xander is meant to hit hard and consistently while being a total physical tank who may struggle a bit against magic users. This is exemplified even more by his modifiers: 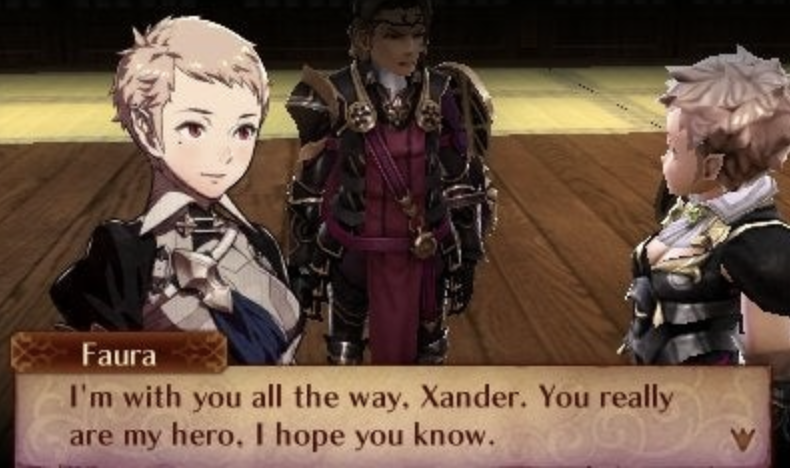 Corrin: Xander taught Corrin much of what they know. The two are incredibly close, arguably closer than Xander is with any of his biological siblings. Evidenced by the complete outrage Xander experiences should Corrin choose to side with Hoshido, he relies heavily on Corrin emotionally during such a difficult period of time and is a completely different person without them by his side.

Azura: Should they be on the same side of the war, Xander makes a strong effort to become close with his step-sibling. Azura makes it clear in her supports how much it means to her to be treated like family by the Nohrian royal siblings, and Xander always makes her feel welcome.

Camilla: Xander and Camilla took the role of father and mother to the other Nohrian siblings, with both making great efforts to make their younger brothers and sisters happy. Camilla has stated that Xander’s knowledge of each sibling’s wants and needs rivals even hers.

Leo: Xander and Leo have possibly the least interaction of the siblings, although both clearly display love for one another. Leo reveals in his supports with Corrin that he’s jealous of how much attention Xander heaps upon the adopted sibling and wishes that he’d receive the same love from the older Nohrian siblings.

Elise: In multiple supports, Elise reveals that Xander was an incredibly doting older brother to her when she was younger. More than anyone, Xander acted as a surrogate father to Elise who largely grew up in her father Garon’s descent into madness. However, prior to the events of the story, Elise has separated a bit from Xander to let him focus on leading the family and kingdom. Their relationship makes the finale of Birthright all the more tragic.

Siegbert: Siegbert is very close to his father Xander, with the two frequently practicing swordsmanship and penmanship together during Siegbert’s time in the Deeprealms. Siegbert works hard to impress his father, and readily joins the Nohrians after he has grown old enough to fight.

Laslow: Laslow is one of Xander’s two retainers. Unlike Perri, Laslow was not immediately chosen by Xander. Instead, Garon assigned the swordsman to Xander personally and the two became close over time after dueling. Reportedly, Laslow gave Xander a run for his money.

Peri: Xander chose Peri personally after a combat contest where she placed third. Xander had been impressed by her, and the two became close. Peri is another example of Xander’s willingness to believe in the good of people, as he trusts her wholeheartedly despite her violent and chaotic tendencies.

Veronica: In Fire Emblem Heroes Xander is Veronica’s general and closest advisor. While in later chapters she’s developed a surprisingly close relationship with Alfonse has developed over the course of the story, Veronica initially had almost nobody other than Xander that she could rely on.

Why Should I Care About Xander? 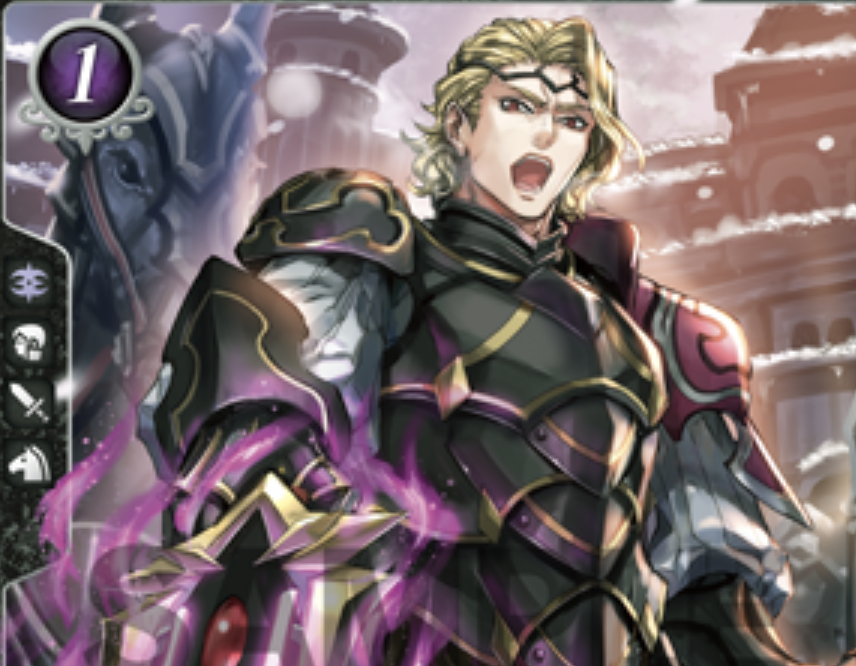 Xander is a defensive and offensive beast with the personal skill Chivalry. Chivalry plays perfectly into Xander’s playstyle, allowing him to do 2 more damage and take 2 less damage when battling a full health enemy. It’s notably the inverse of Leo’s Pragmatic, which works on enemies who have lost health.

The sibling’s personal skills are a reference to their personality and fighting style, with Xander preferring an honorable fight with a healthy enemy and Leo preferring an easy kill against a wounded foe.

Xander’s personal weapon, Sigfried, is arguably his best selling point. It has a range of 1-2, allowing Xander to attack from a distance despite being a sword user. It also grants him +10 to his evasion, potentially allowing him to sneak a dodge on deadly attacks. It also grants him 4 defense, further cementing his niche.

Xander is the perfect Paladin, and should almost always be kept as the class he comes as. One of Xander’s best qualities is being a low-budget late-game unit that the player doesn’t have to devote many resources to still shine.

Xander’s biggest strength comes from being able to counterattack at range with his personal skill, making him a unit that functions very well in the enemy phase. He’s the natural enemy of archers due to being a ranged sword user with remarkable luck and defense along with Chivalry.

This means Xander can pick off any incoming archers while taking very little damage. He doesn’t accel in the enemy phase against any magic users due to having a fairly terrible resistance stat for a tanky unit, but proper positioning can play around this weakness.

When pairing up Xander with a support partner, both gameplay and story are certainly factors, although Siegbert’s mother and Xander’s wife can only be one of a few options:

Gameplay-wise, Charlotte and Selena are both great pairings with Xander that give both Xander and Siegbert even more powerful offensive capabilities. Story-wise, Hinoka and Peri are both fascinating pairings for different reasons. Hinoka and Xander’s supports in particular feel like the most natural romantic development for any members of the opposing royal families in Revelation.

Instead of covering too much for his horrible resistance, making Xander a true physical tank with one solid failsafe should he run into a mage is the best option. The skills Xander will have on his natural level up path are:

Chivalry: When enemy’s HP is at maximum, damage +2 and damage received -2 during the battle

Elbow Room: When user fights in terrain with no terrain effects, damage +3 during battles

Defender:  When user is the lead unit in Guard Stance, all stats +1

If the player wants to devote some extra power to Xander, he can access the Great Knight class and gain access to the following skills:

Xander’s Aegis skill is the bread and butter of his kit and the reason he’s so powerful. Even if players shift to Great Knight later on, leveling Paladin up to Aegis is almost mandatory to get the best possible use from the prince. Not only does it skyrocket his potential physical tankiness, but Aegis gives a possible failsafe against Magic attacks that doesn’t detract from his main niche.

Xander As An Enemy 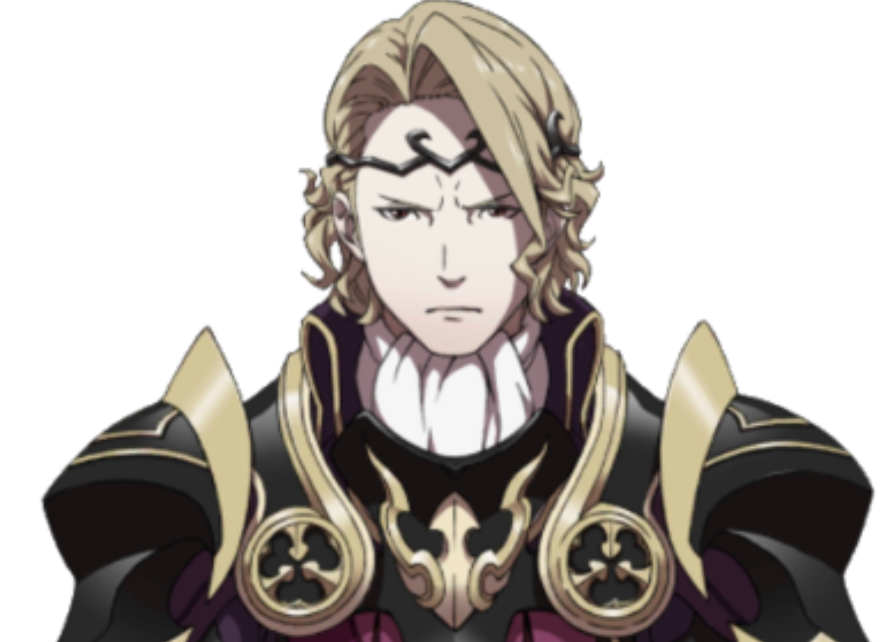 If players are facing Xander as an opponent in Birthright or at the start of Revelation, they need to prepare a solid magic-user. Over-reliance on attacks that target Xander’s colossal defense can lead to disaster, so any player that comes up against the crown prince of Nohr will need to be able to target that low resistance stat.

Question: What is the best class for Xander?

Answer: Paladin, Xander’s starting class, is also a great final class for him. For fans who want to really invest in the character, Great Knight is another option that unlocks Luna and Armored Blow for him.

Question: Who should Xander marry in Conquest?

Answer: Charlotte and Selena are both great options for Xander that will also make his son Siegbert far stronger.

Question: Who should Xander marry in Revelation?

Answer: Hinoka is a love interest unique to Revelation that has surprising chemistry with Xander both in gameplay and story.

Answer: Due to the way Fates is written, Xander’s actions in Birthright are considered unjustifiably evil by many. However, Xander in Conquest and Revelations is able to escape his blind loyalty to country and family in order to help overcome a greater evil.

Question: Are Xander and Corrin related?

Answer: Xander and Corrin are not related by blood. Xander has 5 non-traditional siblings including a step-sister in Azura, an adopted sibling in Corrin, and 3 half-siblings.

Xander is one of the most complicated characters in the series from a story perspective, but his various supports and actions in Conquest and Revelation prove Xander is a good person at heart in at least two-thirds of the series. He genuinely loves his siblings and is a father figure to many in the story.

Gameplay-wise, Xander is one of the most powerful “out of the box” units in the franchise who also scales very well later into the game. He’s a fierce ally or fierce opponent depending on the game, and in both of those instances, players should always have the stark difference between his defense and resistance in mind.

If the player is presented the opportunity to use Xander in their party, it would be a disservice to not use the crown prince of Nohr to his full potential.